It was on a  warm morning of this year’s early spring that our train was stopping with loud noises in the dusty railway station of Tournai, close to the border between Belgium and France. Pierre Peeters (61 years old), the author of Portrait Intérieur, had let us know that he would be waiting on the platform, wearing a “tobacco colored” scarf.

And there he was, waiting in the station of his very pleasant provincial town that -it is immediately clear – has known far more prosperous times in the past.  Peeters drove us through the old streets of Tournai and showed us how, on many locations, the town is beautifully scarred by the many armies that are responsible for its violent history.

By means of introduction, he  immediately situated himself as being “far away” from Brussels, the capital which he designated as the country’s artistic epicentre. He situated himself “far away” both in space and in time. Indeed, in the mid-eighties Peeters had been a member of the Brussels based photographers’ generation of (among others) Gilbert Fastenaekens, Harry Gruyaert and John Vink. He was, what is called an emerging talent. He also was already a photobook man and his books, Portrait Intérieur (1980), Gens de mon pays (1985) and Photographies d’Espagne (1986) were widely acclaimed in the national press. 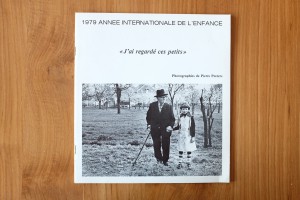 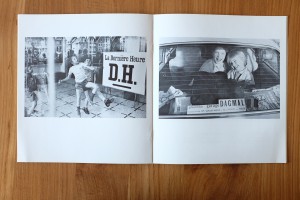 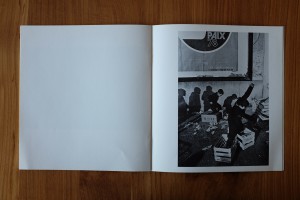 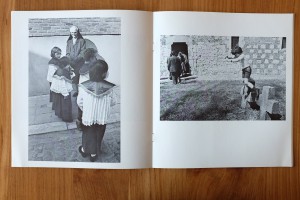 At his office, we could have a look at these books that contain beautiful and deeply humane photographs (Peeters mentions Martine Franck as one of his inspirators). They share an open, non obstrusive style, interesting documentary evidence and also this complicity between photographer and subject that we have already described in our previous post.

But today, these images are in a certain sense “far away” indeed because Peeters undeniably did leave the epicentre and he never confirmed his name as a social documentary photographer in the wider photography society.  Peeters evolved as an industrial studio photographer and as editor-photographer of books dedicated to the cultural heritage of the region where he is residing already more than 30 years by now. Today he is the founder/director of Wapica, a cultural heritage institution which is supported by the King Baudouin Foundation and by a permanent scientific staff, securing its future.

But, before we would draw early conclusions about Peeters as a social photographer, let us go back to the eighties when he was an emerging photographer, documenting the life and culture in “la Marolle”, as he calls the neighbourhood himself.

According to him, “la Marolle” had historically been a sort of international refuge for army deserters, outlaws, first generation immigrants, dropouts, fallen nobility and ex-millionaires who, on a bitter but truthful day, had found themselves down and out. “La Marolle” had, throughout the centuries past, become a kind of permanent human melting pot with its own rules and language. It was, culinarily speaking, a casserole, closed for those who did not have to stick their fingers in there. Consequently, many photographers who went to the Brussels “Bas Fonds” to make pictures of “the Marolliens” have returned with their noses broken or without their cameras. 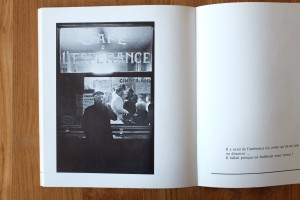 But Peeters did it his own (and slow) way. First, he went six months to the local pubs before he showed up with his camera. Then he returned to “La Marolle” over a period of two years to make his photographs in total complicity with the Marolliens. These are portraits! 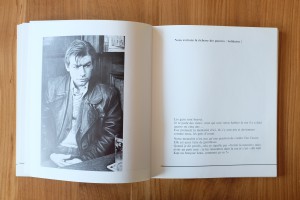 Cristine Ciselet, co-author of the book, always went on his side with her Nagra in order to record the stories their “friends” were telling them.

From the start, it was Peeters’ main objective to compose a photobook out of the portraits he was making and to publish and distribute it himself.

As for the production, Peeters created his own not-for-profit organisation: Art et Survie asbl (“Art and Survival”). This organisation allowed him to receive some support from the political and governmental worlds. He made the dummy with Ciselet and a certain Michel Erickx. The printing was done at Presto Print (which still exists) in Anderlecht (Brussels) under his own supervision (after all he is a schooled photography technician from INSAS).

For the distribution, “Art et Survie” organised an exposition in the Chapel Church of the Marolles. All over town, beautiful posters were advertising the opening on the 22nd of May 1980. Peeter’s eyes were still glowing with enthusiasm when he recalled that day. A huge public had shown up and they had to bring in beertaps from the surrounding bars to cater everyone. Peeters showed us dozens of national press articles, which he had archived on his attic, to prove the enormous success of the venue and the booksale.

But the distribution was not only secured by the success of the exhibition. Also the inhabitants of the Marolles themselves have done their share because they have spontaneously taken the streets to sell this remarkable ode to their own lives and fate. Many Marolliens bought the book because they saw it as a kind of “catalogue of friends”. And they bought it so that they still could contemplate their friends in case those who planned to destroy their culture (see previous post) would “put them away” and “isolate” them from each other in some old people’s home .

Peeters (and Ciselet) clearly had strong ideas about the social relevance of their book and the participatory role they saw for their subjects. They did not make the book for a photobook community. Thus, also in terms of its conception, Portrait Intérieur raises important perspectives for us, photobook afficionado’s. Peeters wanted to show something relevant to anyone who would be interested for whatever reason.

Today, few people will remember the enterprise of Peeters and Ciselet and you have to be lucky to find a copy of “Portrait Intérieur” in an antiquarian. The photobook dispositions on the internet did not exist yet and therefore, there are no traces left.

On our way back to Brussels, while the train was passing villages and slopes of the countryside, we were wondering what is the relevance of being “in” or “far away” from the artistic epicentre. Maybe, because of Peeter’s conception of the project and because of his distribution method, he has never been in the epicentre of the artistic scene at all, even not in 1980.

Does it matter? We are happy to know the book and to have listened to Peeters’ story. And then we think of Peeters’ self created organisation that produced Portrait Intérieur. Its meaningful name was Art and Survival.

This book of art will survive, Mr Peeters! 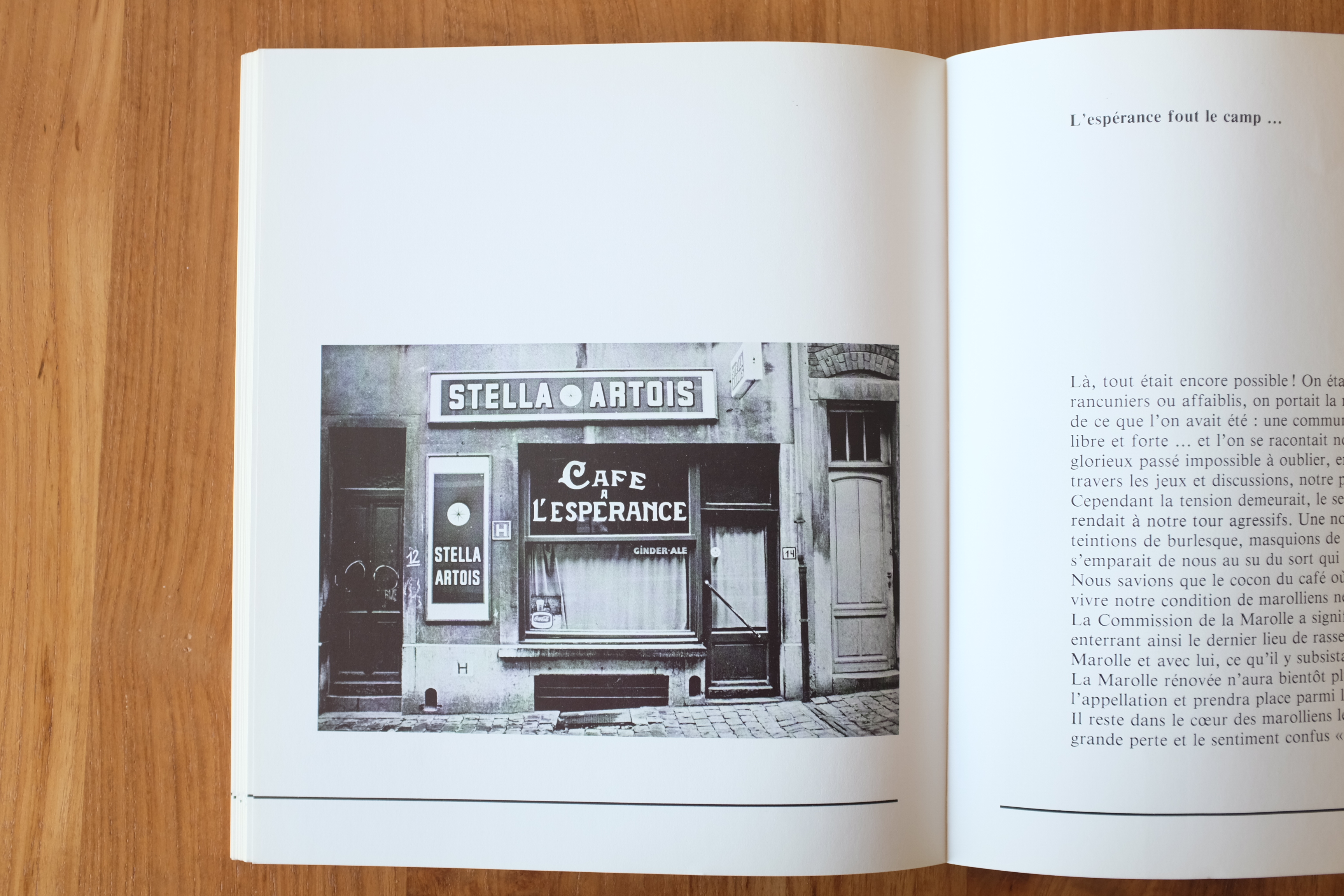 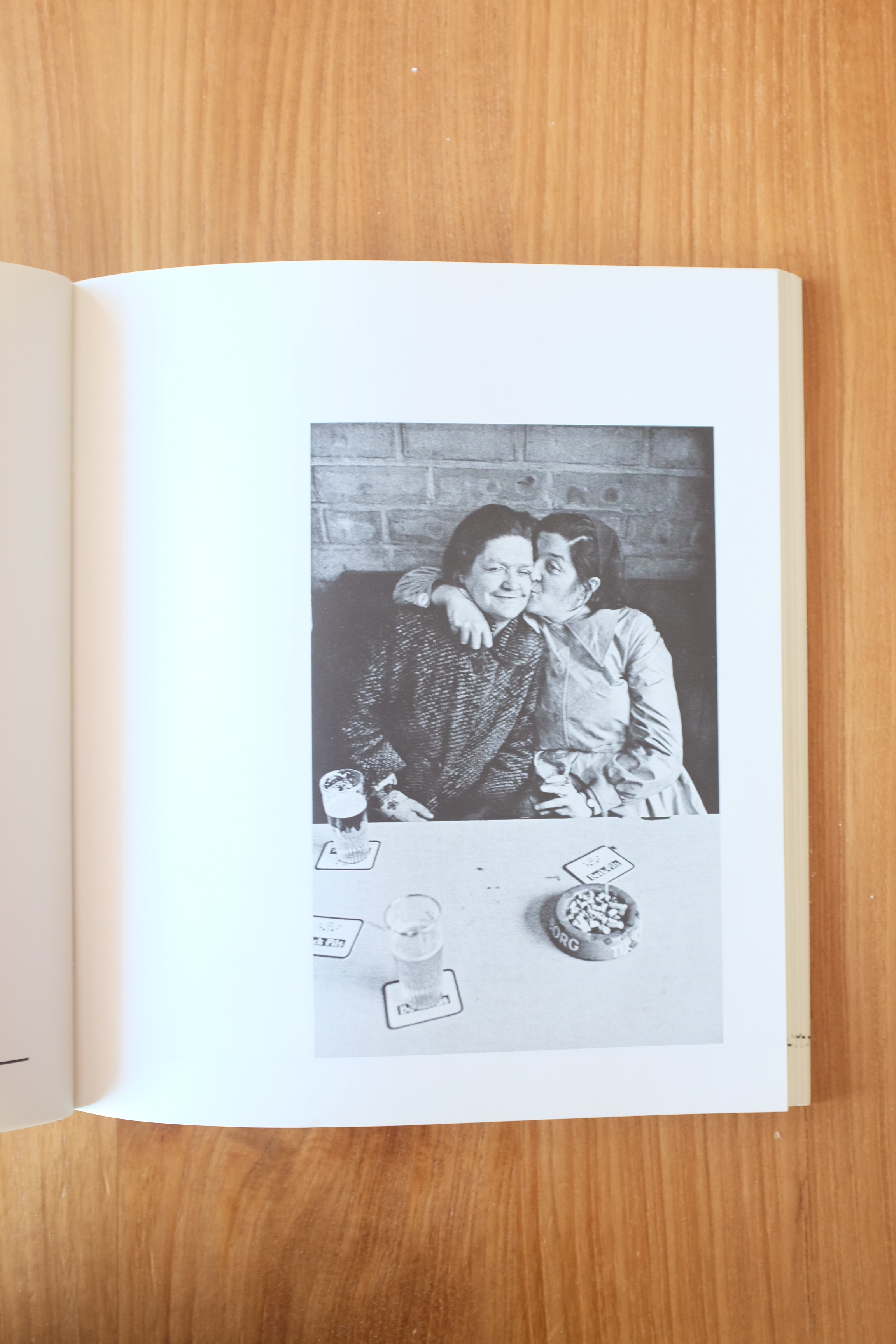 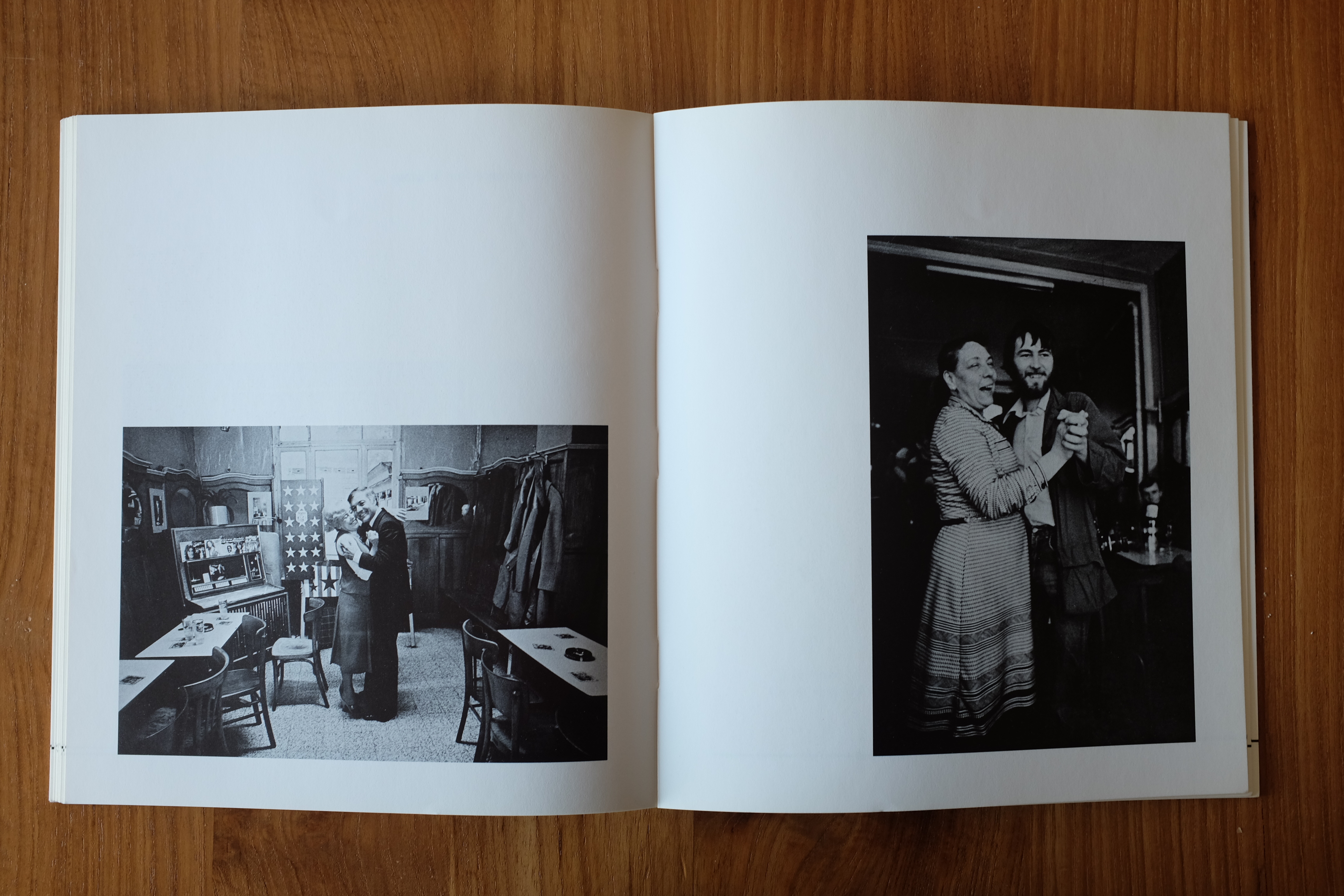 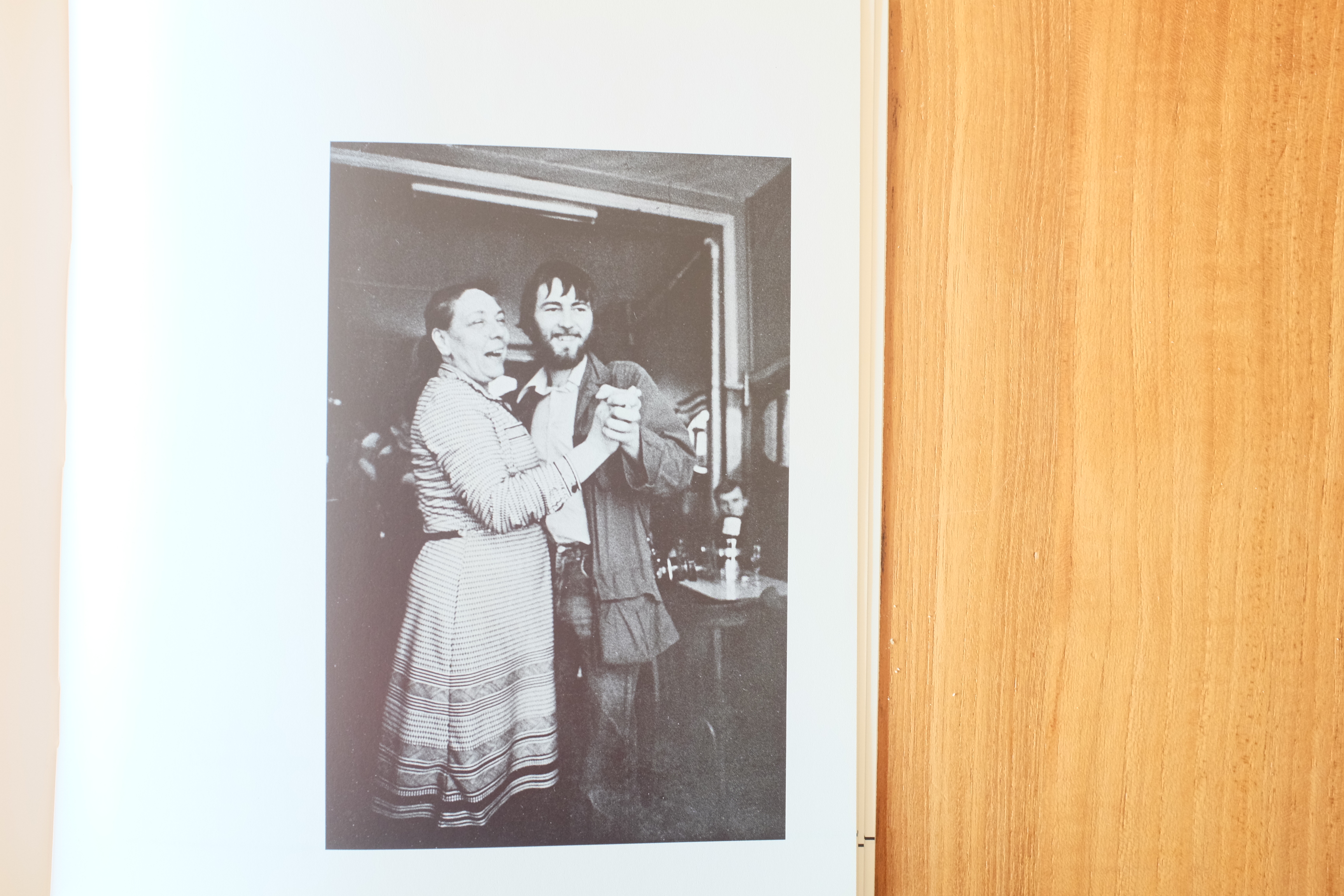 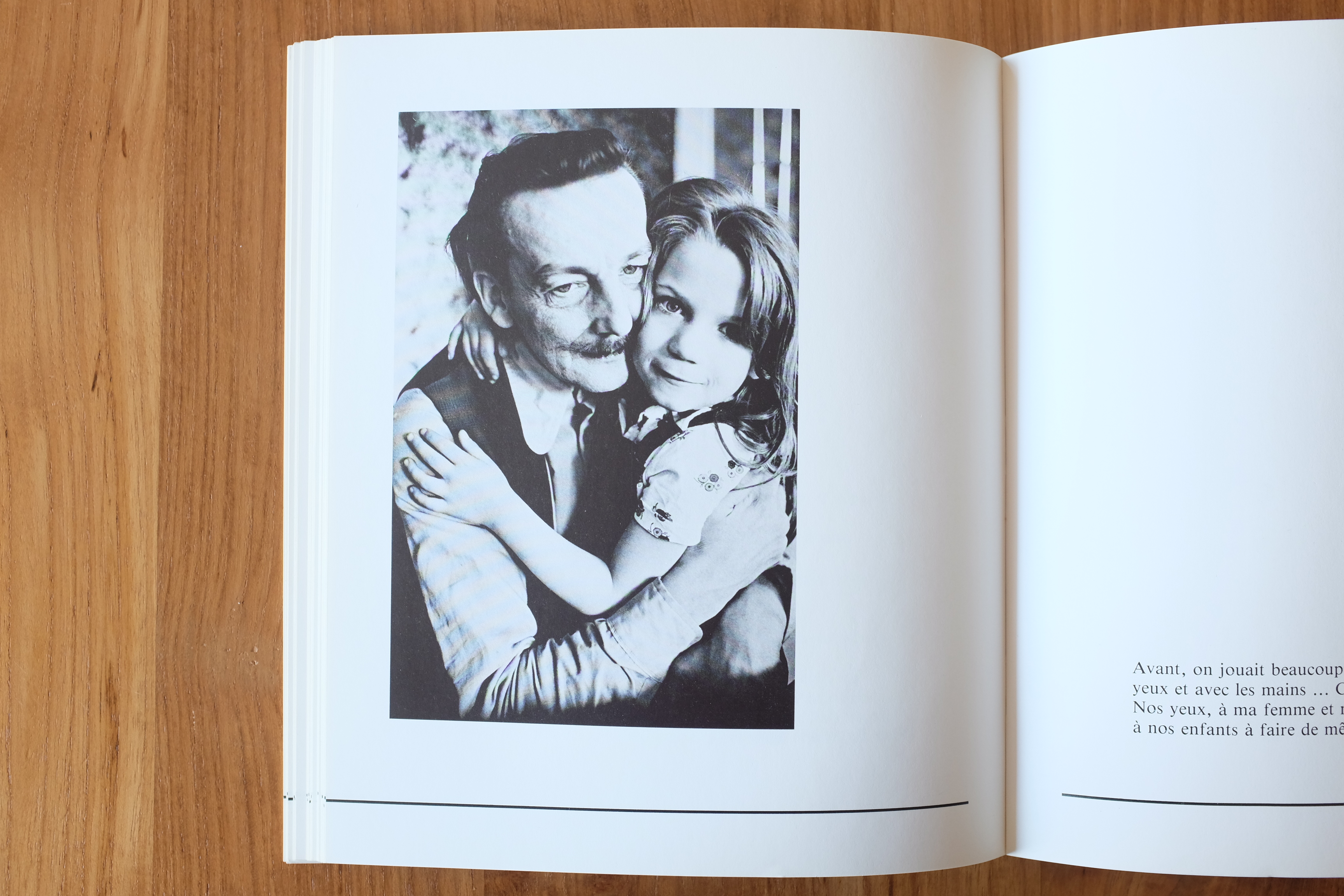 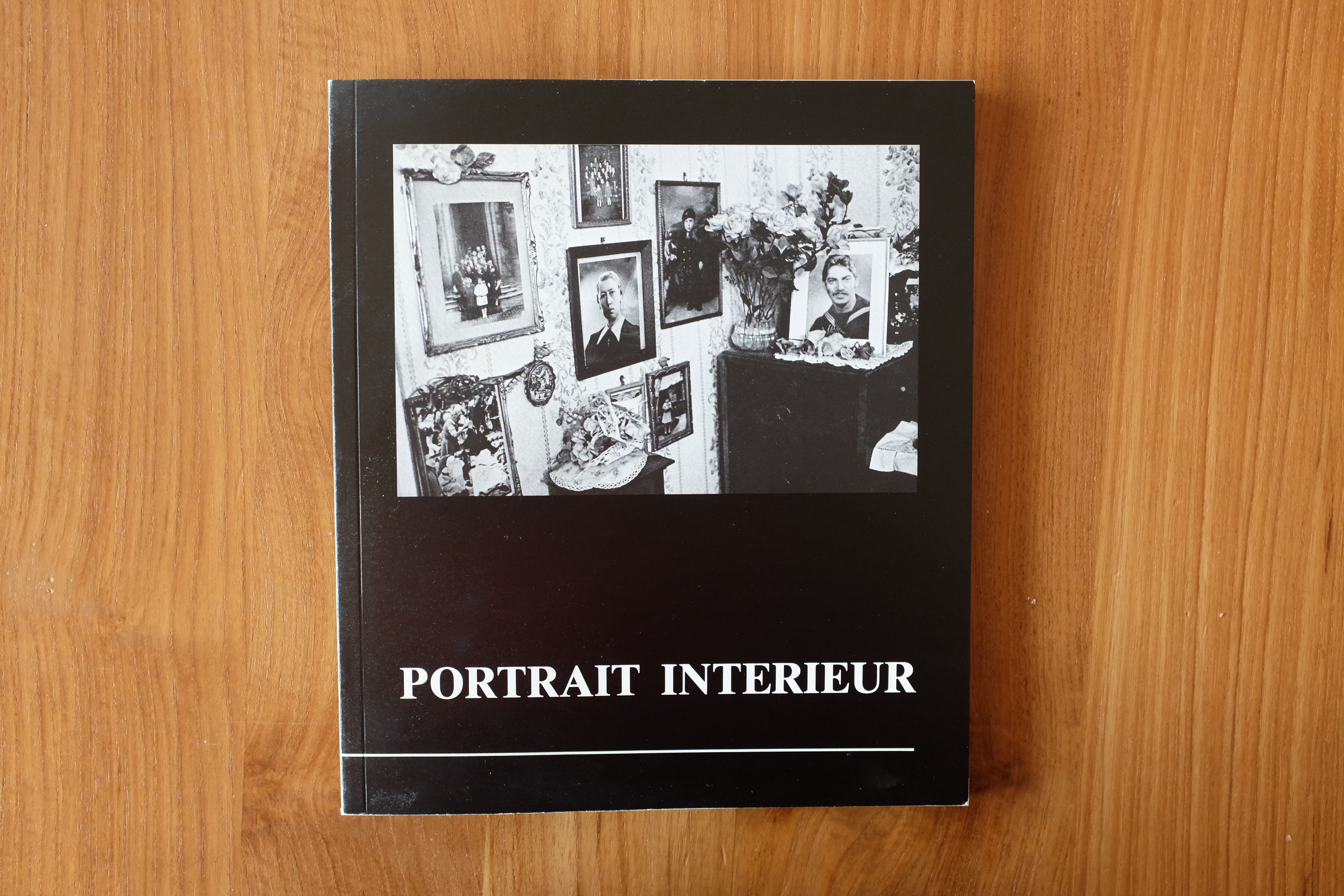