I have never been in Beirut and I will perhaps never go there but one thing is sure, I will always love this city. From the very first time I learned about it, there was this irresistible appeal of the “Paris of the East”. That was during the eighties, in the TV reports about the war and the western hostages. I was still a child but I remember that I felt an incongruity about Beirut and maybe the “Orient” as a whole. How could a beautiful sea front city also be entangled in a turmoil, mercilessly destroying its streets and the lifes of its inhabitants? Today, the work of  Mr. Elkoury confirms my intuitive affection for the place. And it also brings back the same incomprehension about its fate. 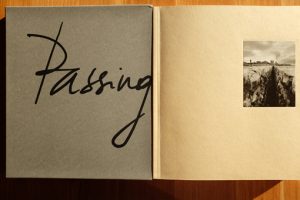 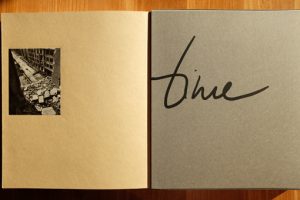 Passing Time offers us 160 photographs, carefully selected by Manal Khader and Gregory Buchakjian from an archive of thousands of negatives (in close collaboration with the artist himself). Images from five consecutive decades in the Lebanese capital are passing before our eyes. There are also some texts that lend us an insight in Mr. Elkoury’s life and artistic choices over the years. They are both in English and in Arabic and the book is conceived in such a way that you are invited to follow the photo sequence in two directions (Latin or Arabic direction). In the Arabic way of reading, you start with the very first images the photographer has made as a young boy (1962). In the Latin way of reading you start with the pictures he has made in 2017, a few months before the publication. Whichever way of reading you choose, the same images are, like a river, meandering through a lifetime of visual reflections on the city, on memory and on history. 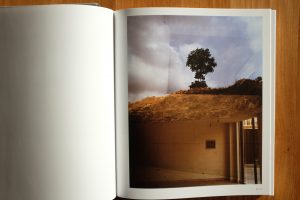 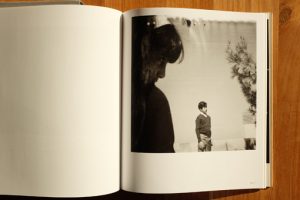 Fouad Elkoury (1952) is born in France and trained as an architect in London but he starts his professional career as a war photographer in Lebanon that he knows from childhood. Very quickly, he realizes that his style of photography involves more than only producing scoops and infotainment. So he quits from the press agency and he starts to document daily life situations of ordinary people in the context of war brutalities. 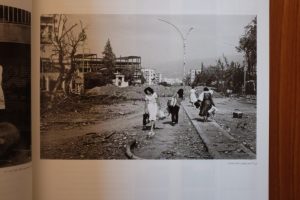 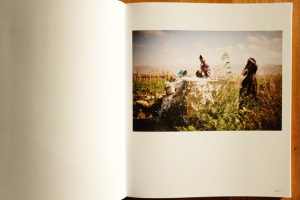 What is striking is how he captures the resilience of his fellow citizens. Unlike an ordinary war photographer, he leaves a kind of sensuality about the people he photographs. We don’t see defenceless victims. 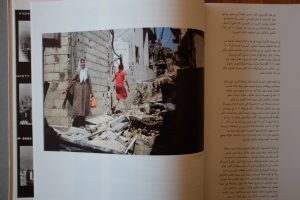 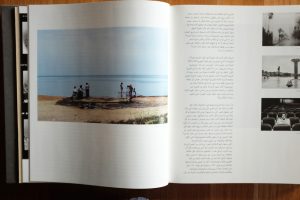 His eye catches a girl trying to find her way in an alley that has been reduced to dust and rubble. In spite of it all she decided to wear a beautiful red skirt that day. Another picture shows us a group of young men on the sea front taking a breather. They are washing off the salt from their bodies after a swim. We sea the quietness of the open sea but we know that the city is burning in the back of the photographer. In another photograph, he shows us a girl dozing in the shattered stands of the “Cité Sportive”. That was on the first day after its bombing by the Israeli army. 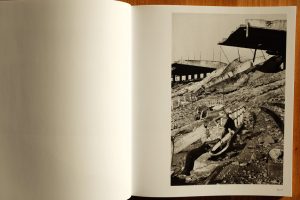 And when we move on in this book and in the history of post-war Beirut, we see how – in the series “traces of war” – he continues to focus on the theatre of street life. We get the impression that Beirut remains a ghost town full of spectres doing survival work like seeking copper or trading scrap. We can feel that the times are still murky, that there is still lawlesness in the air. 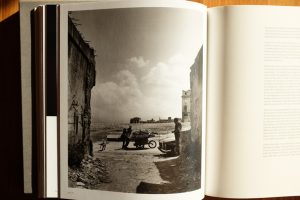 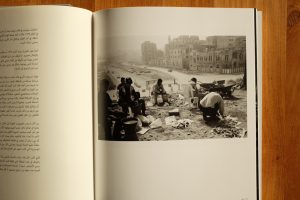 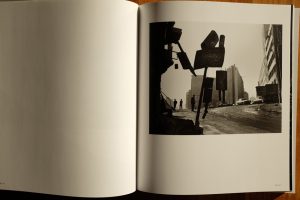 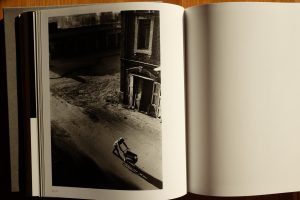 Here and there rubbish dumps are smouldering between the ruins or behind those beautiful cars (as they were still built in the past). 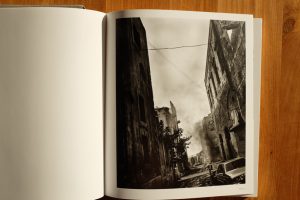 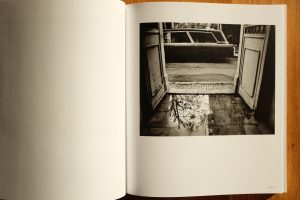 From the nineties onwards, Mr. Elkoury starts to blend his visual short stories on the people he meets with a number of images from his private, intimate diaries. While reporting on day to day life in Beirut, he also shows his little son playing on a railway station, we see the legs of a woman enjoying a ray of sun light. Both public and private life are rendered now in the same intimate way. It’s a style that I love and that also reminds me of the video diaries of David Perlov, made in about the same period of time (but in Tel-Aviv). 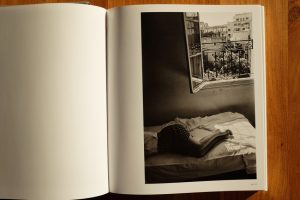 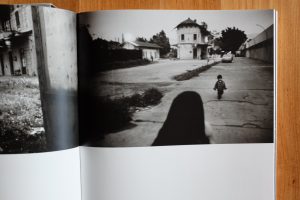 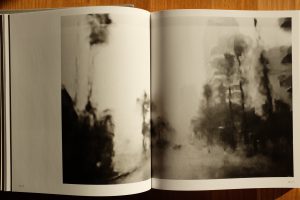 Still moving on in the book, we pass the turn of the century. Mr. Elkoury keeps touring through his own country and working on a cahier de route. Gradually we see a new important theme appearing in his output. He is now documenting the demolition by private developers of what remained of his beloved city. “I set out to photograph everything that could still be photographed…..Day by day, my city was falling into a general indifference while, alone with my camera, I clung to the idea of keeping my pre-war memories intact“. Angrily, the architect-photographer asks himself, “Why had memory to be obliterated to the point of leaving almost no trace of the past?” or “Why had the city to be stolen from me?” He also writes: “I shall probably never know what drove this mass destruction.” 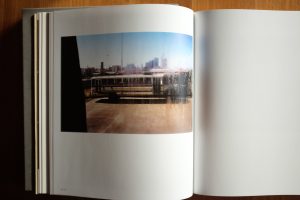 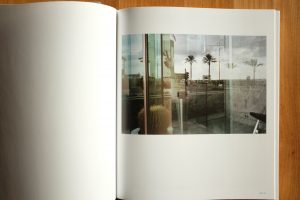 Moving to the end of this wonderful stream of images, we realize that, as Mr. Elkoury’s childhood Beirut is disappearing, human beings have also disappeared from his images. He is focussing on landscapes and on the architecture of new constructions. In his angry texts, the photographer asks why the original spirit of the locations had to be destroyed for profit. Perhaps, his images are not only revealing the latest transformation of a city but also the last transformation of its inhabitants. As if the photographer wants to say that empty landscapes or the ahistorical architectural style of the new globalist culture is merely reflecting the gradual disappearance of humanity in his society. I feel again this incongruity about Beirut that I knew from the TV reports about the war. Is humanity getting lost? Big questions raised by a great book! 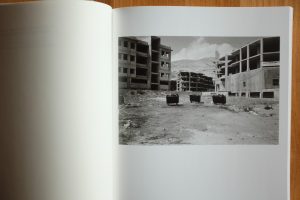 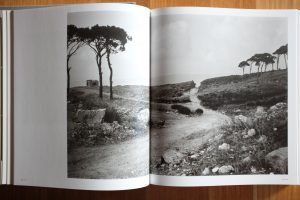