They say that the Shah of Persia preferred Ostend to Monte Carlo during the Belle Epoque. But I would personnally never want to be teleported to those days when a bunch of creepy bourgeois dressed like dolls before entering the beaches. I prefer the Belgian coast as it is today and one of the reasons for this is that I have seen it through the eyes of Christian Meynen in his book about coastal architecture in Belgium: Cités de Sable (Cities of Sand)! 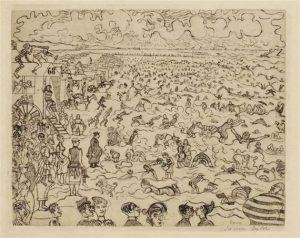 Between 1984 and 1996, Christian Meynen has shot a fascinating series of landscape photographs along the 63 km coastal strip. The series can be seen as the continuation of his work on the Breton coast which he realized in 1983 for the DATAR Photographic Mission, that wonderful project, that the French government had commissioned with the aim of photographing the French landscape during the 1980’ies.

In 2001 Mr. Meynen showed his photographs in the Provincial Museum of Modern Art in Ostend and Arpeditions published Cités de Sable (Cities of Sand) in the same year. 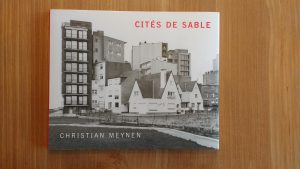 The book has 27 photographs (both colour and black & white) and also three texts that discuss both issues of landscape photography and the architectural developments that have transformed the Belgian coast in the last century. The third text even includes illustrations of postcards and paintings that show us how  the region looked like before the World Wars. 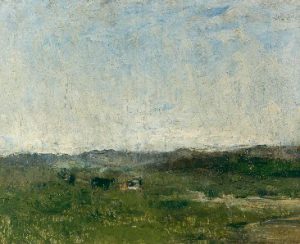 The fact is that if you are going to the seaside in Belgium today, you will see that the dunes, the marsh areas and the wild beaches have disappeared. Instead, you will find an un-ordered world,  a bizarre conglomerate of studios, penthouses, duplexes, garage boxes, terraces, and many sandy roads that interconnect all these accomodations.  What you have is a seemingly endless wall of appartment blocks in different shapes and sizes that follows the line of the coast from the French to the Dutch border. This long wall is severing off the sea from the rest of the country. It merely constitutes a self-contained world that you can access whenever you feel like sharing some fine moments with your beloved ones, eating sea food in the restaurants downstairs, having long walks with the dog or building invincible sandcastles with the children. 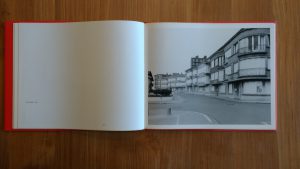 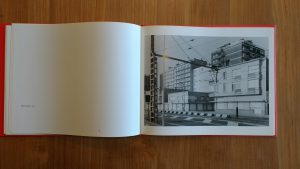 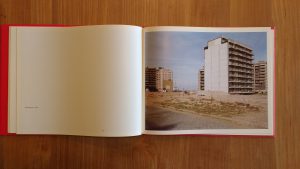 One of the weird things of this self-contained world is that many of its plots have already been re-developed four times or more over the last few decades. Willy Van den Bussche writes in one of the accompanying texts: “just as an incoming tide is enough to wash away the sandcastles of a single afternoon, so it frequently takes less than a generation for a block of flats at the coast to be demolished and another erected in its place.” The blocks are nothing less than temporary accomodations for temporary tourists: Cités de Sable! The photographer could not have chosen a title for his work that suits it better! 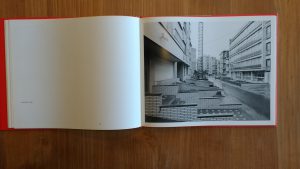 Before diving into this book we have to acknowledge that many Belgians don’t think very highly of the concept of this new Atlantic Wall. Willy Van den Bussche is citing some of these critical voices: “The adjacent architecture is purely functional and utterly tasteless; aesthetic norms are flouted, we are witnessing an architectural freak show”.

For sure, local urban planning authorities have never been a match for private developers who dream at night of dynamiting another building in the morning. But that is not something typical for the coastal region. That is what you have in the rest of Belgium as well! Everywhere construction magnates have been quick enough to take advantage of the baby boomers’ obsessions for private space and comfort. 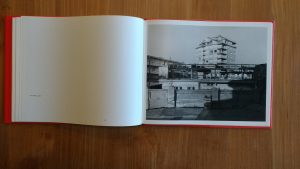 Mr. Meynen has been photographing  during the wintertimes when the tea-rooms are closed and the stores of the appartments are down. There are no children fooling around, no kites in the air, no ice cream vendors shouting. There are even no cars to be seen! There is only the Atlantic Wall 2.0 in front of the photographer.

The book certainly does not feel like an accusation of what gross opportunism and profiteering by project developers can wring. Leafing through the pages we are merely following the photographer in his fascinating search for formal relations between the lines, reflections, structures and surfaces that the buildings are generating. And his search is succesful. Time and again he shares with us the perfect standpoint to look at the setting without melancholic or critical commonplaces as filter. We learn to look better and we start to like it!

In its constituent parts, the architectural “freak show” may be unambitious indeed, but as a whole it may be seen as well as a masterpiece of human ingenuity. The pleasures of the sea have been made democratically accessible for everyone now. The setting joins the worst (plain commercialism, isolation in private comfort) with the noblest of what we can experience. The un-ordered world of appartment blocks is the perfect epitomy of our human condition in the West. 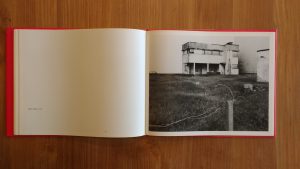